After soldering wires into my SEGA MegaDrive to be able to switch between PAL and NTSC, I did the same to my SNES. I never knew playing Mortal Kombat II and Super Street Fighter II Turbo could be this fluid. 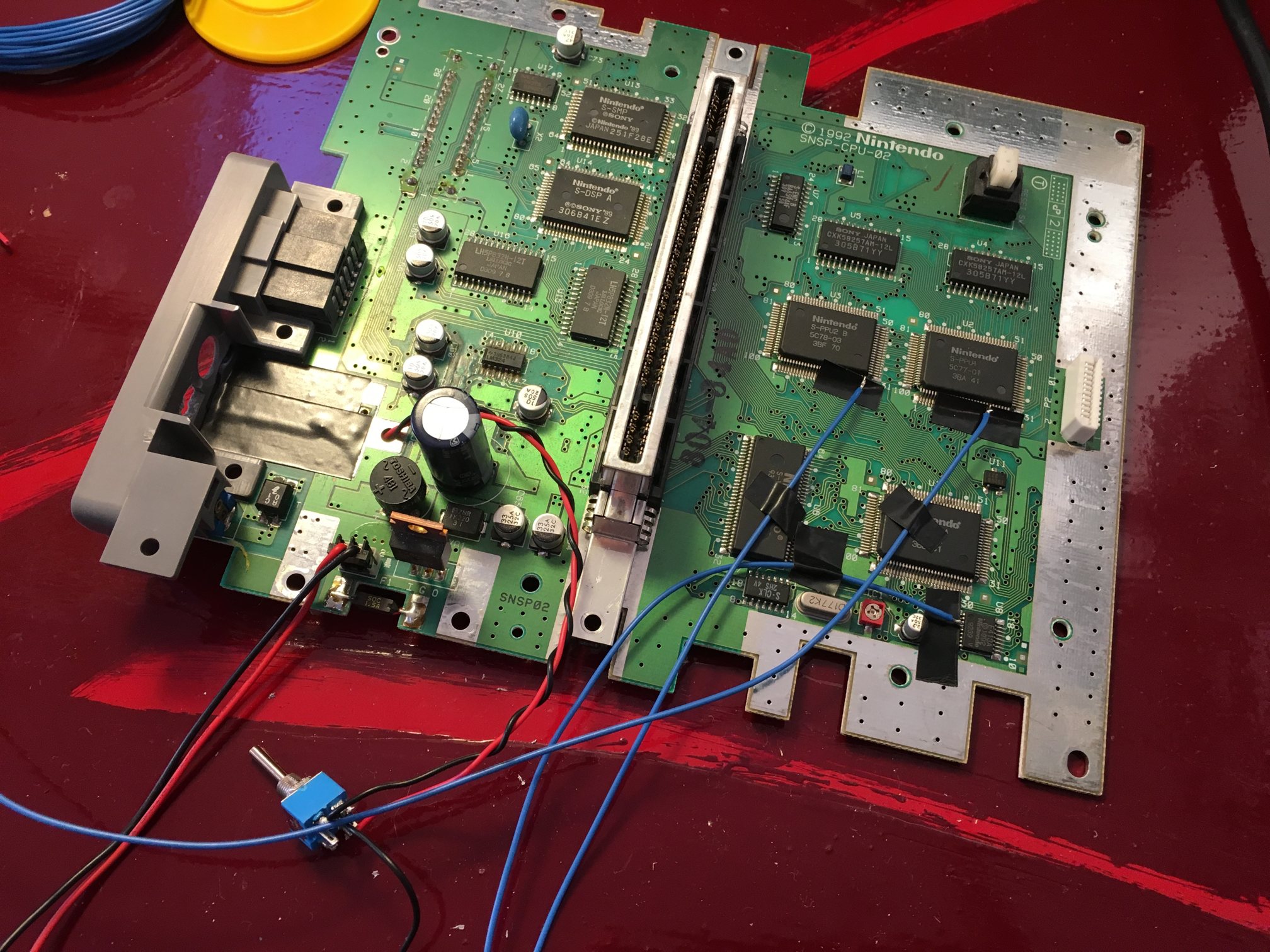 Soldering was a little more difficult than the MegaDrive and MegaDrive 2 I did before, but nothing too troublesome. The guide over at mmmonkey is pretty easy to follow.

At the bottom of the guide they show a picture of a SNES where the RF output has been removed to make place for the region and PAL/NTSC switches. I decided to go the same route. Which made soldering on the switches a little harder, but check out how this looks: 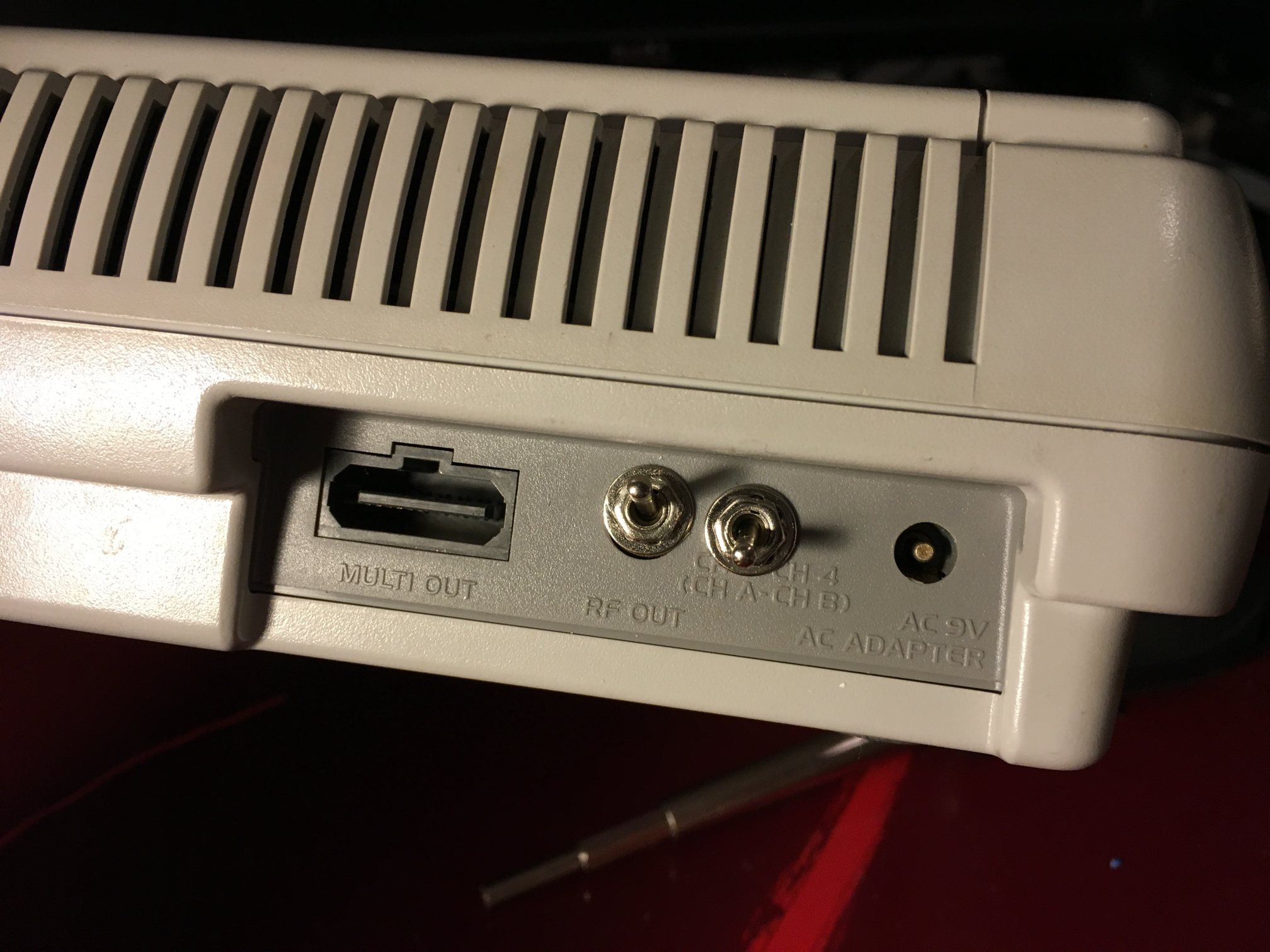 Just after I did the mod I noticed that nobody mentions how to remove the RF unit from the SNES, and I forgot to take pictures 🙈, but it’s pretty straight forward. If you turn over the motherboard you’ll notice four solder points right below the RF unit, desolder those and you should be able to just lift it off the motherboard. 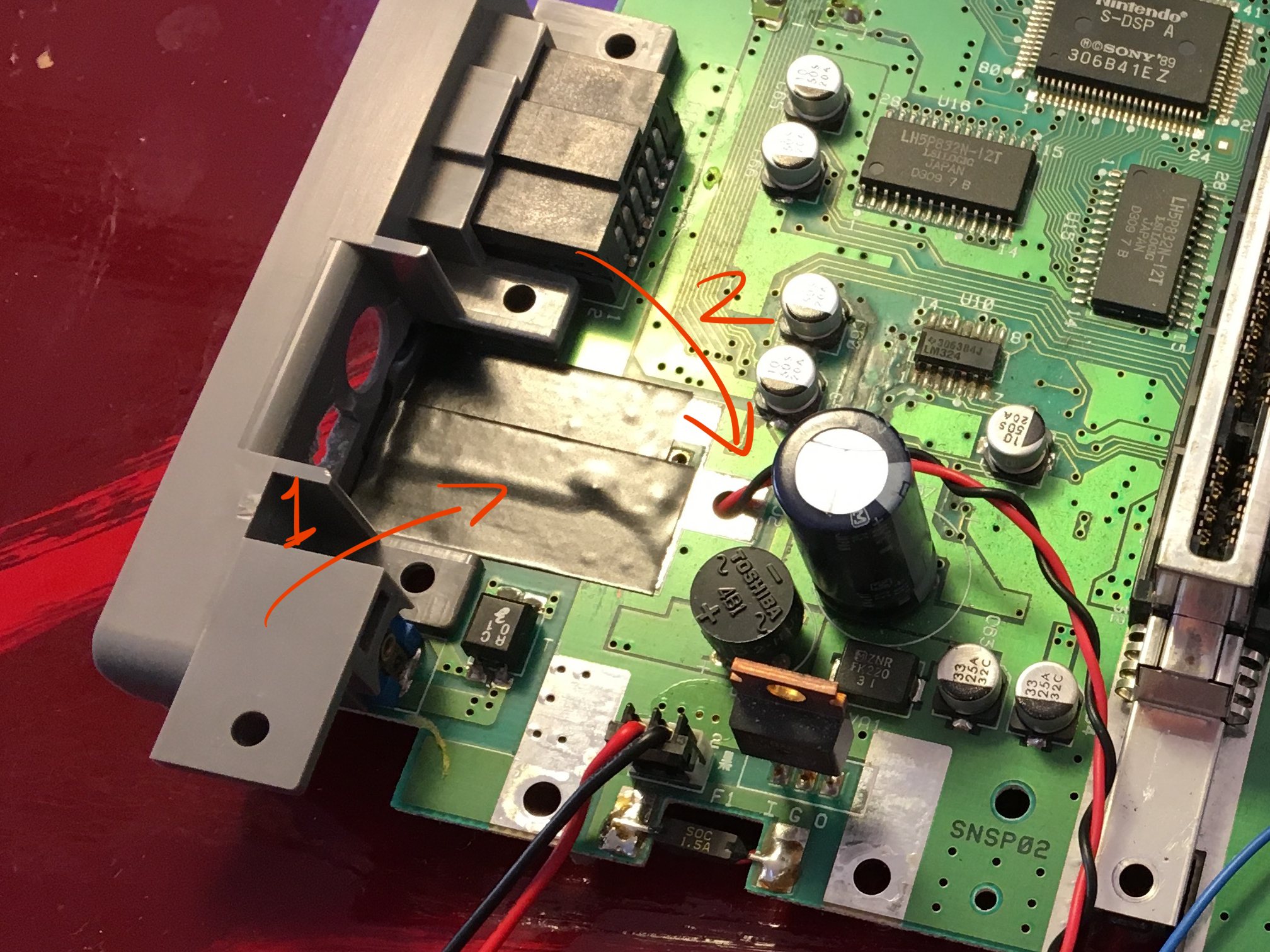 I’ve put some isolation tape over the metal where the RF unit used to be and I’ve used the screw hole to put the wires through, pretty handy.