A few weeks ago Barry Borsboom and I had a funny idea for a twitter mash-up. We would basically measure your Twitter popularity in the form of a giant penis. Better know as the e-Penis. In order to see if we really created something to talk about, Seth Godin would call this the sneeze-factor, we registered an url: www.epenis.nl and we uploaded our e-Penis app with a few ‘share-this’ buttons. The first button to post it on Twitter, and the second one to Digg it. Would people share this site with their friends? How fast would it spread? All question a marketer would like to know when creating a viral marketing campaign right?

In our first day we managed to reach about 100 of our own friends on Twitter. But to really call it successful, we needed to reach some people on Twitter with a huge amount of followers. We used our own ‘Post on Twitter’ button a number of times on all sorts of people. And after a few tries @michielveenstra (2500 followers), picked up on our message and reposted our website on his own twitter stream on a friday. Overnight we reached 1500 hits. But as it turned out our biggest traffic came from a porn-blog! Apperently a webmaster from this well know porn-blog picked up our site after seeing it at @michealveenstra. In the weekend we managed to get around 8,000 hits, but on monday morning it really took off. Hordes of time wasting desk workers measured their body part. From that point on it really became a trend on Twitter. Our ‘Post on Twitter’ button was used a few times every few minutes now. Because people often measured the popularity off some well known people, they eventually couldn’t help but brag about (cough @stephenfry, 336.599 followers) ;). This caused Great Great Brittian to swarm our website and spread it even more. At this point North and South-America just woke up.

By the way, we were still hosting the website on my server, at my parents’ home. Utilizing almost all of the “massive” 1Mbit bandwith. Thank god my little brother didn’t complain. The reason this was even possible is that epenis.nl has no server-side scripts. It’s all jQuery, HTML, CSS and (small) images. We actually reduced the size of the website by half, by grabbing jquery.js from google.com.

At monday around 4 pm, CET, we finally managed to get the word Penis into the Twitter trending topics. A huge success, because now people twittered about why the word penis was in this list. Generating even more traffic to our site when they found out we were causing it.

Some people saw a connection between Spring Break, which probaly helped accepting the fact the word penis was a part of the list. Twitter however didn’t agree with that. After a few hours we saw some messages from people who were complaining about their twits disappearing, not much later penis wasn’t trending anymore. Did Twitter screw with us here? We can’t be sure. But the damage had already been done, we had spread to the American continent. A couple of big American Twitter users like @MrsKutcher, that’s Demi Moore (257,150 followers) posted about later in the evening, that really generated lots of traffic and added a large amount of females to our users, who seemed to have smaller e-peni. Which actually contributed to the credibility of the website.

The length of the penis most people we’re getting seemed to match what they expected. Which is funny, because we didn’t use a really complicated algorithm. Average people would get averige sizes (between 10 - 20 cm). While very popular twitterers, like celebrities, are showing extremely large numbers.

The next morning we had almost 40k in hits. We called our viral a success, we expected it to die out rather soon. But we were wrong! To our suprise it kept on going. Around 14:00 there was a huge spike in our traffic. As it appeared, @Guykawaski (92,399 followers) was giving a keynote during SES New York about ‘Twitter As A Tool For Social Media’. Lots of people posted live messages during his talk…

And some stuff that made us laugh:

’@PaulIAm: Darwin just backed the car up to his grave, connected a hose to the tailpipe and took a deep breath…http://www.epenis.nl/’

’@Retecool: There’s lots of stuff out there that figures out your Twitter ranking, value, mojo, etc. But let’s cut the crap it’s all about who’s has the big swinging dick, right?’ 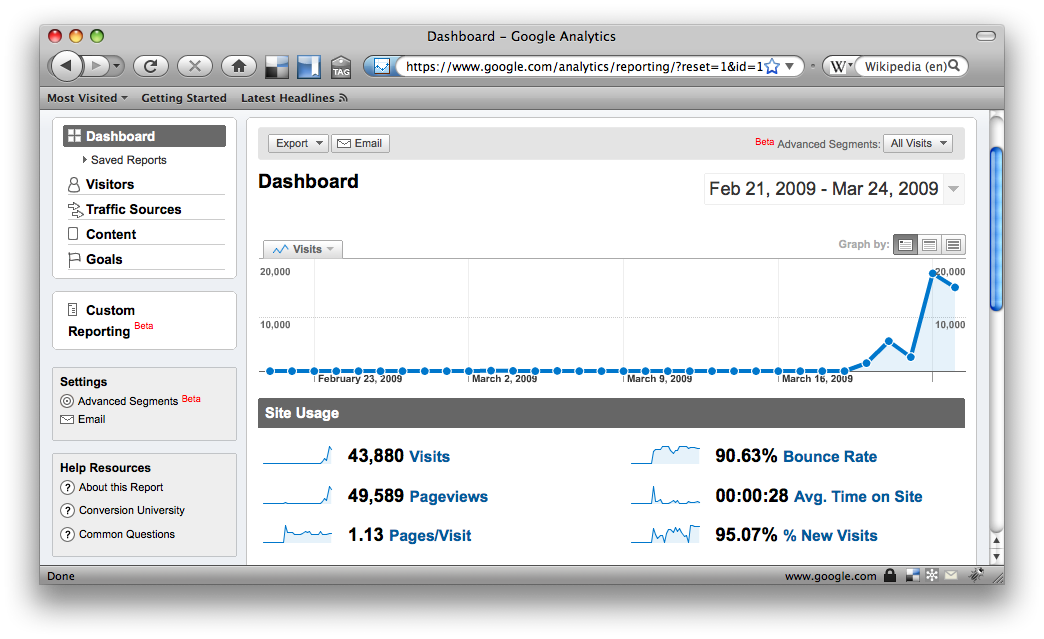 At this moment we’re trying to figure out what the hell we’re are going to do with it. To conclude, here is a list of the things we learned: