By random coincidence both the Ouya and Oculus Rift arrived at my doorstep this week. One day after each other. The Ouya on Wednesday, the Oculus on Thursday. I backed the Ouya kickstarter project nearly a year ago. 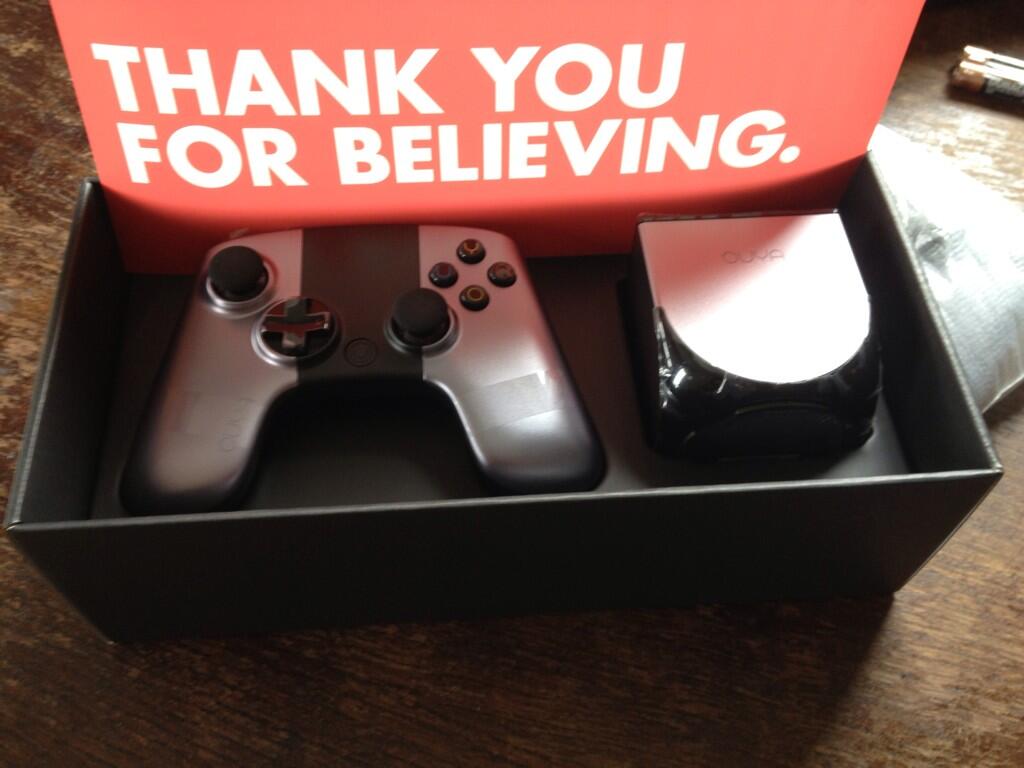 I haven’t gotten a chance to give them a proper spin, but I can say they’re both quite impressive. The Ouya lacks great games, but makes up for it by its looks and emulators. The Oculus Rift is even more mind blowing than I thought, but left me inches from puking after about five minutes of wearing it. Apparently this happens more often and should get better after getting used to the effect. Although I already get nauseated again by just thinking of the Rift Roller Coaster demo.

For the Oculus I’m not just curious about games (the horror genre is never going to be the same), but also looking forward to trying more ‘experiences’ as I’ll call them. You can find quite a few on Rift Enabled. From watching movies in a cinema, to simply floating through space and reading about the planets in our solar system.

Also, there’s these kinds of projects:

Quake for the @Oculus Rift: http://t.co/UEEnLc8jTj

I need to go see The Lawnmower Man again..

Denied saves your ears from Nickelback or any other band, song or album. It sees what you're playing and automatically skips songs that you dislike.